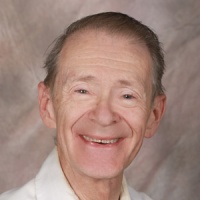 * Sam Cunningham is a small college physics teacher. He knows from personal experience with his pupils that through nurturing nearly all young people can become productive citizens. It is an overwhelming tragedy that so many poor children are not given this nurturing. Their personal loss, and the loss to their country of their productive ability, is a catastrophe. As a scientist he understands that critical thinking and the ability to follow where the evidence leads are the only reliable ways to understand the real world. Away from work he leaves the real world of hard evidence to read science fiction and fantasy. His favorite childhood movie was the Walt Disney 1950 cartoon of Cinderella, and he greatly admires strong women. Sam brings together all of these ingredients in this story of a princess who becomes a wise and inspired queen with a personal mission to achieve productivity, prosperity, and happiness for all of her people.

Today Sam Cunningham will be talking about the first book he read that had a big impact on him.
* Alice in Wonderland, the original version by Lewis Carroll including the original pictures. Although I was too young to do more than like the story and read it over and over again (and of course look at the pictures of a very pretty and mannerly girl), I can see with mature hindsight that Alice was such a sweet and polite girl who handled herself very well through all the unfamiliar situations in which she found herself. When dealing with any adversary, Queen Agatha must be tough, tougher than the adversary. But in her gentler scenes I wonder if readers of “The Legend of Queen Agatha” can recognize Alice in at least part of the character of Queen Agatha.

* In the mythical, medieval land of Xana, Queen Julia ruled as a typical aristocratic monarch in a country whose great wealth was concentrated among the privileged few. Her daughter, Princess Agatha, was the champion of the commoners. The evil sorcerer Magi comes to Xana to kill Queen Julia and ravage aristocrats and commoners alike. Princess Agatha alone is spared, for she is protected by her fairy godmother. Now the beautiful heiress has two challenges, first to rid Xana of Magi and then to lift all the commoners from poverty into prosperity. To achieve her first goal she must identify her handsome prince incognito in the crowd on her first try. She won’t have a second chance. To achieve her second she must invent and use radical political schemes even if not all her people approve.

* With Magi at last gone, a small group of Queen Julia’s inner circle, haggard, emaciated, and the only ones still alive, found the heiress. Hoping still to stave off her radical ideals, the eldest pleaded, “You know the story of Cinderella. Now your prince has found you. Let him be king and rule with moderation, for he will treat you with all the kindness that befits his queen. We can advise him in the ways of Xana.”
* Agatha palpitated. So immense was her rage that it is to her credit she did not explode. She took twenty slow, deep breaths and then replied with resolve, “Cinderella and Snow White became pampered palace ornaments in lands already prosperous and wisely governed. They also had wonderfully happy marriages and beautiful children.” With a dignified air of absolute authority, and with all hesitation gone, Queen Agatha declared, “I have a destiny to fulfill. I must inspire my people to rebuild our ruined land into a prosperity such as the world has never seen. I must make sure that prosperity is shared with all my people. Not one shall be left out. Be off with you, naysayers, and never return to my palace. Among the humble and honest people I will find women and men with great talent to lead in this noble endeavor, people who never say, ‘It can’t be done,’ but who will do it.”

Buy The Legend of Queen Agatha here. The eBook is on sale for $0.99.
Amazon | Barnes & Noble | CreateSpace

Thank you for joining us here today, Sam Cunningham! It was a pleasure getting to know you and your story.

ANNOUNCEMENT! Sam Cunningham will be awarding a $25 Amazon or Barnes and Noble GC to a randomly drawn winner via rafflecopter during the tour! So be sure to leave a comment AND use this RAFFLECOPTER LINK to enter the drawing. Also, visit the other tour stops for a greater chance of winning!