Mother, wife, author, and all around crazy…
* I write the kind of books that I love to read. Love stories between strong men and their independent soulmates. Usually, their path to Happily Ever After is a bumpy one, but there is always a Happy Ever After.
* In the world’s I create there is someone (or two, or three) for everyone! Love comes in many forms and I believe it is all beautiful and should be celebrated!
* I live, love and write in New Zealand, married to my husband of fifteen years with two beautiful children who I truly believe were sent as a blessing, but sometimes to try my patience, and I wouldn’t have it any other way! 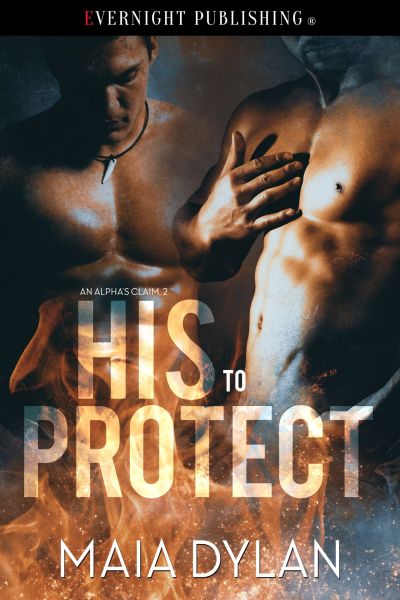 * Kaea moved a little beneath him, and Xavier had to bite back a groan as his hips nestled a little closer to his.
* “Do you—wait, am I naked?” Kaea asked incredulously, and Xavier couldn’t hold back a grin.
* “That you are, my lovely. You were damp and dirty from being out in the forest and trying to kill me. I couldn’t very well pop you into bed like that, now could I?”
* Kaea frowned as he leaned slightly to the side and looked at Xavier lying on top of him. “And you’re naked because…”
* “I was in the shower.” Xavier shrugged. “Again, not somewhere where clothes are necessarily all that helpful. I came out of the bathroom when you woke up. Didn’t have time to go throw any clothes on.”
* Kaea nodded, and a delicious red heat swept over the dark skin of his cheeks. “That makes sense, but you could let me go, get up and throw some clothes on now that I no longer want to hurt you, right?”
* “But I like it where I am. Do I gotta?” Xavier had never pouted in his life, but he tried in this moment just to have fun with his mate.
* Kaea’s laughter was quick and genuine, and had Xavier’s heart doing strange somersaults inside him. “Yes, you do. Come on, it’s very distracting having you lying on top of me.”
* Xavier grinned, and knew it was just as wicked as he felt. “I love that you find me distracting, love, because the feeling is most definitely mutual.” Kaea’s eyes darkened, and Xavier knew he liked that particular revelation. “But, you’re right. I’m hungry, and healing this gunshot wound I seemed to have acquired recently has taken a lot of energy.”
* Xavier pushed up from the bed, and grinned when he watched Kaea’s gaze wander down his abdomen, but shot back to the puckered scar of the wound on his shoulder. “Crap. Did I apologize for shooting you?”
* Xavier resettled the towel around his hips. “No, you did not, and that was very remiss of you. I’ll expect you to make that up to me very soon. Repeatedly.”
* Kaea’s soft laughter followed him as he stepped toward the back of the room where he’d put his bag. He grabbed a pair of sweats and pulled them on under the towel, then dropped it to the floor. He turned back toward the bed and laughed himself when he saw Kaea up on his elbows as if to get a better view.
* “See something you might like, love?”
* Kaea grinned at him, and Xavier could have sworn he felt his heart stutter in his chest. “Maybe, but I’m not a man who gives all his secrets away when he’s just met a man. I prefer a slow build up to a quick flash that’s over too damn soon.” Xavier scowled. “What’s put that look on your face?”
* “I don’t like to think of you with other men.” Xavier heard the possessiveness in his own tone, but wouldn’t apologize for it. He was a dominant Alpha bear, and one who did not play well with others. Kaea needed to know and understand that. “I don’t share. You’re mine.”
* Kaea arched a sardonic brow in his direction, and it irritated and aroused him at the same time. “Yours?” Xavier could practically feel the temperature in the room fall. “I don’t remember ever being asked if I’d be yours, or even if I wanted you. You presume too much.”
* Xavier growled, his anger rising within him. “It’s not a presumption when I could feel your fucking arousal just as sure as you could feel mine, Kaea.”
© MAIA DYLAN, EVERNIGHT PUBLISHING, 2018

Thank you for joining us here today, Maia Dylan! It was a pleasure getting to know you and your story.