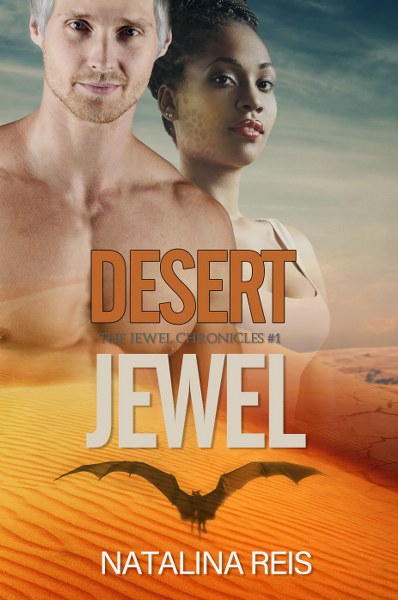 She’s a princess. He’s an ex-slave. To survive, they must fight the all-powerful Elders, and Jaali’s demons.
MILENDA
She’s a princess in a world of lush jungles and hellish deserts where the modern mixes with centuries-old traditions and superstitions. Taking a husband at the age of eighteen goes against every fiber of her being, but as a future monarch, she must follow the rules, even if her heart already belongs to someone.
JAALI
He’s an ex-slave who wishes to be invisible in a world where he can’t hide. Loving the headstrong princess may prove to be his demise. To win her hand he must survive a grueling trek through the desert. Will her love make him strong enough?
Desert Jewel is the first book in The Jewel Chronicles. A unique interracial romance set against a breathtaking fantasy world with complex characters and twists at every turn. Let Desert Jewel take you to another world.
—
“It had the perfect mix of adventure, love, hate and mystery to keep you hooked.”- Amazon Reviewer
“Desert Jewel by Natalina Reis is a great read full of love, hate, hope, joy, devastation, fantasy and magic all rolled into one wonderful story.” – Amazon Reviewer
“I am so happy I had an opportunity to read this book. It really is a hidden gem!” – Amazon Reviewer
**Get it FREE!! **
Add to Goodreads
Amazon * Apple * B&N * Kobo * Books2Read
Book Trailer
https://youtu.be/mGw3MCbqrTA 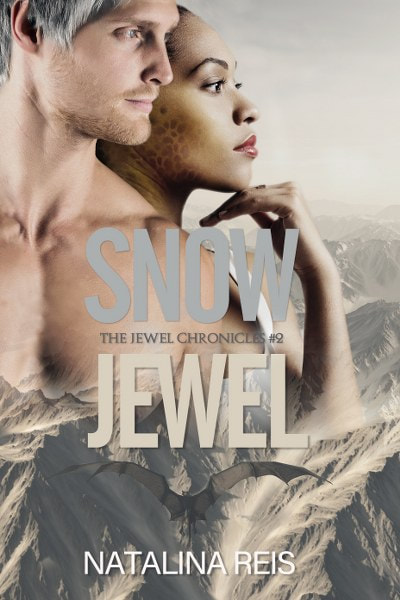 A princess on the run, an ex-slave returning home. Together they must battle prejudice and superstition if their love is to survive.
When Princess Milenda arrives at Isvärld, a land of snow and ice, she’s hoping for a quiet life with her new husband, Jaali. What she gets is anything but.
Even though happy he’s returned, Jaali’s people can’t see past the color of Milenda’s skin, a color she shares with the hated Mabaya Warriors who have been stealing and selling their children into slavery for centuries.
Freya, a goddess of the icy kingdom, tasked with protecting the princess and her man, doesn’t seem trustworthy, and their only true ally is Milenda’s flying lizard, Mjusi. But even the mutsi is acting strangely.
Will their love for each other and Milenda’s special gifts protect them from the dangers around them or will they meet their doom in the one place that promised them safe harbor?
Snow Jewel is the second book in The Jewel Chronicles. A unique interracial romance set against a breathtaking fantasy world with complex characters and twists at every turn. Let Snow Jewel take you to another world.
Add to Goodreads
Amazon * Apple * B&N * Kobo * Books2Read 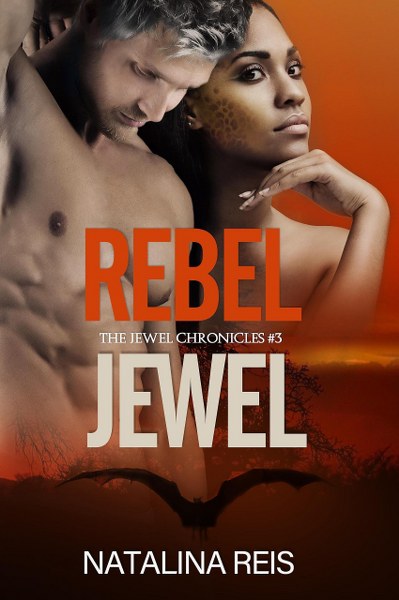 The people of Natale have long suffered under the tyranny of the Elders. Now, they are ready to fight for their nation, but their one and only hope, the Jewel, is no longer alive.
Or so they believe.
Milenda never wanted the responsibilities that came from being a royal heiress. After three years in exile, she’s called back home to ignite a revolution. A revolution that will spill innocent blood and endanger her husband and baby daughter.
After a lifetime in captivity, Jaali only wants a quiet life with his wife and daughter. But the gods have other plans, ones that promise a wave of destruction. To rescue their people from the Elders and free the enslaved, Milenda and Jaali must put aside their fears, summon all their courage and wits, and march head-on into a bloody revolution.
Even if their love for each other carries them, unscathed and victorious, to the end, the revolution may yet destroy the lives of the ones they hold dearest.
Rebel Jewel is the third and final book in The Jewel Chronicles. A unique interracial romance set against a breathtaking fantasy world with complex characters and twists at every turn. Let Rebel Jewel take you to another world.
Add to Goodreads
Amazon * Apple * B&N * Kobo * Books2Read
Book Trailer
https://youtu.be/IMMigVwLjfk 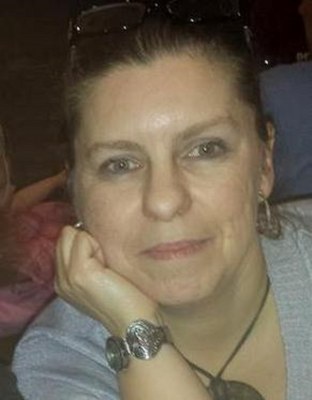 Natalina wrote her first romance in collaboration with her best friend at the age of 13. Since then she has ventured into other genres, but romance is first and foremost in almost everything she writes.
After earning a degree in tourism and foreign languages, she worked as a tourist guide in her native Portugal for a short time before moving to the United States. She lived in three continents and a few islands, and her knack for languages and linguistics led her to a master’s degree in education. She lives in Virginia where she has taught English as a Second Language to elementary school children for more years than she cares to admit.
Natalina doesn’t believe you can have too many books or too much coffee. Art and dance make her happy and she is pretty sure she could survive on lobster and bananas alone. When she is not writing or stressing over lesson plans, she shares her life with her husband and two adult sons.
Website/Blog * Facebook * Reader Group * Twitter * Instagram * Pinterest * Bookbub * Amazon * Goodreads