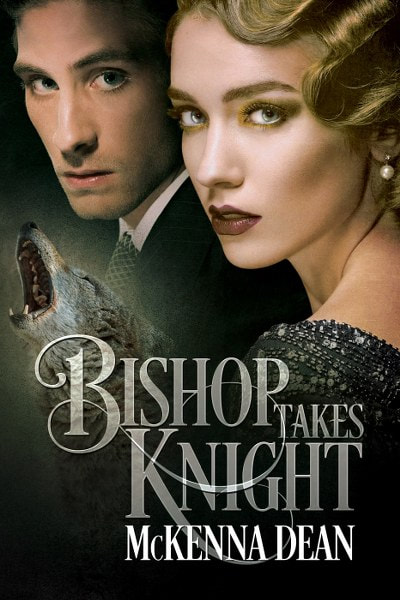 New York, 1955. Former socialite Henrietta (“Rhett”) Bishop, destitute after her father gambles away the family fortune, takes a job at Redclaw Security. But Redclaw is no ordinary operation. Part detective firm and part enforcement agency, Redclaw regulates matters involving the growing population of shifters who have emerged since the onset of the nuclear age.
Peter Knight is a nuclear scientist shattered by the death of his wife. Blacklisted by the government and scientific organizations, he drowns his sorrows while searching for the people behind his wife’s murder.
When Rhett is assigned to recruit Knight, their meeting is more than either bargained for—a rival organization will do anything to secure Knight for themselves. Following a lead to locate a missing cache of alien technology stolen from Redclaw, Rhett is thrown back into her previous glittering life with Knight as her pretend boyfriend. But when someone from the past turns up to start a bidding war on the artifacts, Bishop and Knight wind up in a fight for their very lives.
Goodreads * Amazon

McKenna Dean has been an actress, a vet tech, a singer, a teacher, a biologist, and a dog trainer. She’s worked in a genetics lab, at the stockyard, behind the scenes as a props manager, and at a pizza parlor slinging dough. Finally she realized all these jobs were just a preparation for what she really wanted to be: a writer.
She lives on a small farm in North Carolina with her family, as well as the assorted dogs, cats, and various livestock.
She likes putting her characters in hot water to see how strong they are. Like tea bags, only sexier.
Website * Newsletter * Facebook * Twitter * Instagram * Pinterest * Bookbub * Amazon * Goodreads