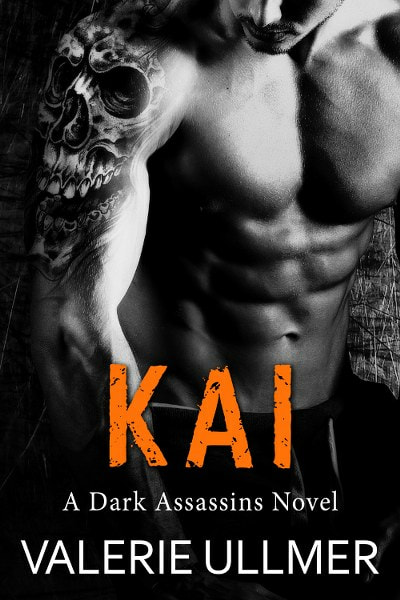 There are two words that described Kai.
Remote and Deadly.
And until six months ago, he was fine with that description. But when the vampire assassin spots a curvaceous woman, a human no less, who would come to fill his thoughts, he would gladly shake his persona for a moment in time with her. Instead, he kept his distance, watching out for her and learning more about her every time their paths crossed. But he had yet to speak to her. When a turn of events thrusts her into his solitary life, he must decide whether to complete his assignment, or protect her.
Olivia Sabin had dedicated her life to her work; finding a cure for cancer. She had hidden behind the mask of a scientist who cares little about anything beyond her laboratory, and for a long while she believed it herself. But when a mysterious man came to frequent the diner she visited nightly, her awareness of him devastated her concentration, and she came to look forward to the glimpses of him, however brief.
When she stumbles upon a horrific experiment at work, she knows he’s the only one she can turn to. She’s willing to sacrifice everything in order to protect him and others of his kind from the same fate. But first, she needs to find a way to get him to hear her explanation.
***Paranormal Romance featuring HOT Vampires and Shifters. Contains explicit sex scenes and each book in the series ends with a HEA.***
Goodreads * Amazon 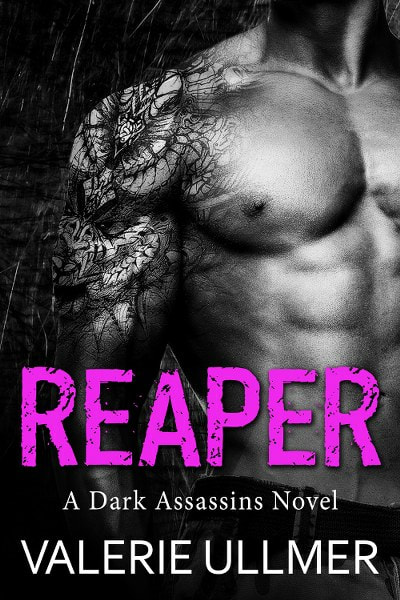 A wolf-shifter and his powerful human.
Reaper had expected it to be an easy assignment. Break into a biotech facility with minimum security and rescue a group of immortals who were subject to deadly experiments and eliminate those who might try to fight back. But the moment he walked into the glass prison and spotted a human woman being held with the immortals, his mission changed.
She became his mission.
Before Reaper had a chance to explain that he was there to help her, she blinded him and the rest of his team and slipped away. Although she had escaped him, a protectiveness that he’d never felt washed over him, and he became determined to find her.
Ara has always depended on herself, but there was something about the shifter that made her want to trust him. She recognized him as someone who was capable of protecting her as well as understanding her secrets without turning her away, but before she could allow herself to trust him, she ran.
But with no resources and running out of ideas about how to protect herself, will she be able to lower her defenses and allow the shifter to help her?
***Paranormal Romance featuring HOT Shifters and Vampires. Contains explicit sex scenes and each book in the series ends with a HEA.***
Goodreads * Amazon 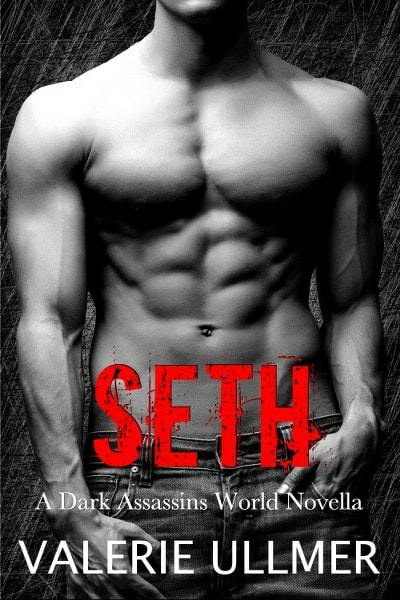 Immortals have been a part of Seth’s world since he barged into Kai’s life at the age of twelve. And having a group of shifter and vampire assassins he considered family, he thought that he’d seen it all and that nothing would surprise him. But the one night he met Aubrey changed his world, and he’d never been so happy to be wrong.
Aubrey was used to seclusion, even before she had been turned into a vampire. She’d never dreamed of a life outside her tiny little world, but that was until she met Seth. Before she could understand her reactions, she ran from him. But she couldn’t stay away. The more she gets to know him, the stronger the connection between them solidifies.
When Seth tells Aubrey that he is her mate, will she take a chance and keep him forever?
***Paranormal Romance featuring HOT Shifters and Vampires. Contains explicit sex scenes and each book in the series ends with a HEA.***
Goodreads * Amazon 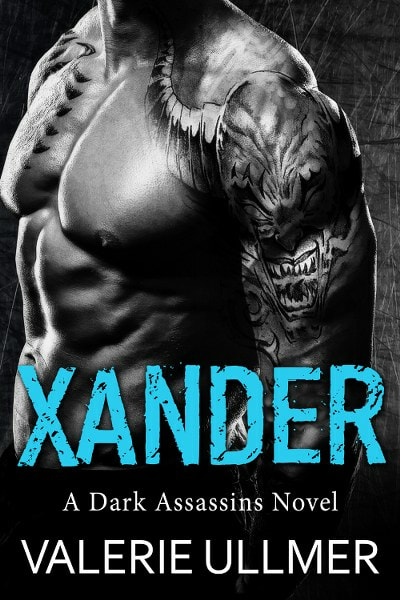 Half-human, half-shifter.
Xander has secretly yearned for a mate for most of his immortal existence, and yet after three of his friends found exactly what he’s always wanted, he’d come to believe that he’d missed his chance at happiness.
Until he heard her voice.
Frost is a wildlife biologist and tracker and she has been assigned, despite her adamant protests, to lead mercenaries into the mountains of Snowfall, Colorado for the sole purpose of killing immortal shifters. In order to protect those who have no idea the kind of danger they are in, she agrees. As she leads the armed men on a wild chase around the snow-covered pines, she could sense that she was running out of time.
Until she heard his voice.
Xander understands exactly who Frost is the moment he hears her thoughts. With the help of Kane and Gunnar, they eliminate those in her group as they try to keep her safe. But during the fight, she is hurt and all of his protective instincts flare to life. As Xander learns more about her, he realizes that Frost might be the key to the creation of the immortals, both vampire and shifter.
But when she becomes a target from those who want to destroy the Dark Company and Xander’s family, how far will he go to save her?
***Paranormal Romance featuring HOT Vampires and Shifters. Contains explicit sex scenes and each book in the series ends with a HEA.***
Goodreads * Amazon 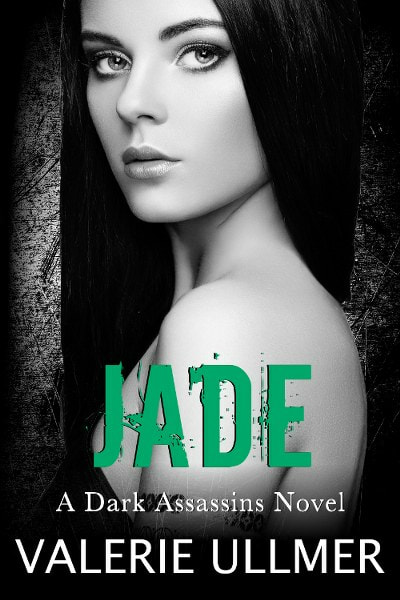 Jade never wanted a mate. She loved being an assassin and she had a family in her fellow assassins, their mates, and little Silas. She truly had everything she needed. But when Ghost assigned her to track the same immortals who tried to kill Xander’s family, she couldn’t refuse.
But the complication arises when Ghost requests she partner with Noah, a human and ex-special forces soldier. Jade has never worked with a human before, much less one that hated her from the moment he laid eyes on her. But she was a professional and if she could play a part in destroying the immortals who threatened her family, she could accept the human. If only she knew how to fight her attraction to him.
All Noah Hale wanted was to kill the immortals who lured his best friend and fellow ex-Navy SEAL to his death. He had no desire to be teamed with a beautiful tracker who mesmerized him the moment she turned her emerald eyes his way. But in order to stop other soldiers from pursuing the same fate, he needed to swallow his pride and work with a group of immortals he didn’t trust.
As Jade and Noah track the group of shifters through the mountains of Colorado, the danger lurking around every corner threatens everything they both hold close. Will they be able to find a way through, together?
***Paranormal Romance featuring HOT Vampires and Shifters. Contains explicit sex scenes and each book in the series ends with a HEA.***
Goodreads * Amazon 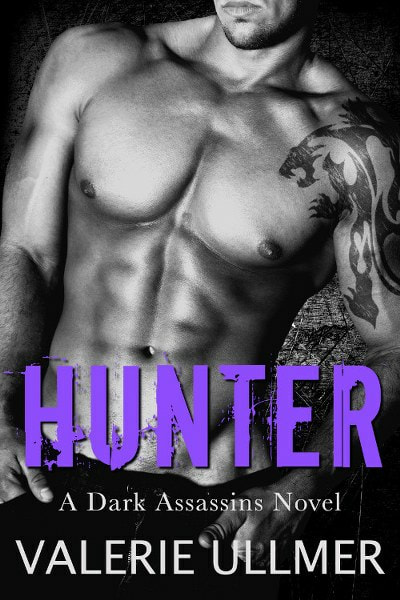 Half-vampire and half-shifter.
The one definitive belief panther-shifter Hunter and the other immortals understood about shifters and vampires; vampire venom is deadly to shifters and vice versa. But Hunter never worried about testing the theory because he never wondered if he had a mate, even after a few of his family had found their own. As he and two others stumble upon and eliminate several rogue shifters, part of a larger group determined to kill each of the assassins, Hunter also stumbles upon the one woman destined to be his. There’s only one problem. She’s part vampire.
All alone in the world.
Despite everything, Neri made a life for herself after she escaped from a facility using her as a test subject. She has no past, no family, and no connections to the world as far as she can remember. She stays to herself and finds a routine, telling herself she isn’t lonely. But everything changes when she spots Hunter and her first true memory revealed. He was there the day someone injected her with an experimental drug and changed into this cold being.
As Neri and Hunter navigate their newfound relationship, their journey becomes even more complicated when they learn Neri’s venom is deadly to shifters. But with help from the other immortals, Hunter and Neri reveal her past and realize the extent of the threat Dark Company has been dealing with for years.
But can their relationship survive with so much stacked against
them?
***Paranormal Romance featuring HOT Vampires and Shifters. Contains explicit sex scenes and each book in the series ends with a HEA.***
Goodreads * Amazon

Valerie resides in Denver, Colorado with her husband and their dog, Maddie.
While she had been interested in writing a romance novel for years, it wasn’t until she wrote her first book that she really became hooked, and now she can’t stop. She has notebooks full of ideas, and she plans to write most of them in the years to come.
When she’s not writing or learning about the craft of writing, she can be found surfing the internet way too much, watching Investigation Discovery and thinking that her neighbors are up to no good, and finding new ways to get her husband to laugh.
Website * Facebook * Twitter * Instagram * Pinterest * Bookbub * Amazon * Goodreads