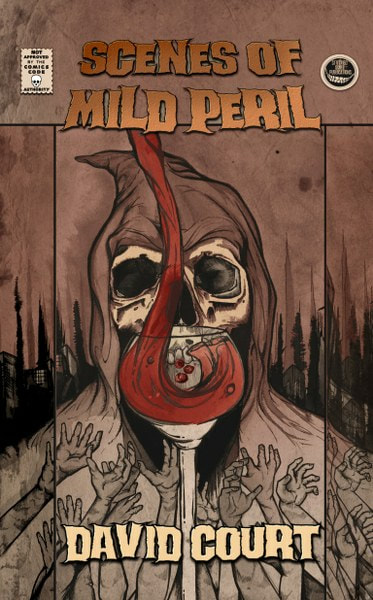 Across thirty disquieting stories, we’ll encounter such tales as, “Sovereign’s Last Hurrah”, featuring a team of retired super-powered villains embarking on one last caper with their legendary super-hero rival.
“A Comedian Walks into a Bar”, in which a hungry and ambitious amateur learns that the fabled secret of comedy may come at too high a cost. “83”, where the interview for a dream job becomes a nightmare, and “In Vino Veritas, In Vino Mors”, where a dying wine collector takes part in a very special tasting session, courtesy of a very special visitor.
You’ll encounter possessed little fingers, magic swords, sanity-defying factories, stranded astronauts, lovecraftian librarians, virulent plagues, and pork scratchings … all with a twist in the tale, courtesy of the equally twisted mind of David Court.
Add to Goodreads
Amazon * B&N * Kobo
Check out the podcasts here!
http://talestoterrify.com/tales-to-terrify-250-david-court-owen-clayborn-david-antrobus/
http://talestoterrify.com/tales-to-terrify-289-ron-riekki-david-court/ 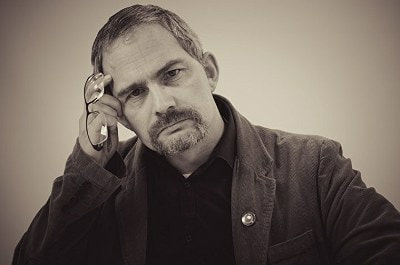 David Court is a short story author and novelist, whose works have appeared in over a dozen venues including Tales to Terrify, Strangely Funny, Fears Accomplice and The Voices Within. Whilst primarily a horror writer, he also writes science fiction, poetry and satire.
His writing style has been described as “Darkly cynical” and “Quirky and highly readable” and David can’t bring himself to disagree with either of those statements.
Growing up in the UK in the eighties, David’s earliest influences were the books of Stephen King and Clive Barker, and the films of John Carpenter and George Romero. The first wave of Video Nasties may also have had a profound effect on his psyche.
As well as being a proud VIP writer for Stitched Smile Publications, David works as a Software Developer and lives in Coventry with his wife, three cats and an ever-growing beard. David’s wife once asked him if he’d write about how great she was. David replied that he would, because he specialized in short fiction. Despite that, they are still married.
Website * Facebook * Twitter * Amazon * Goodreads