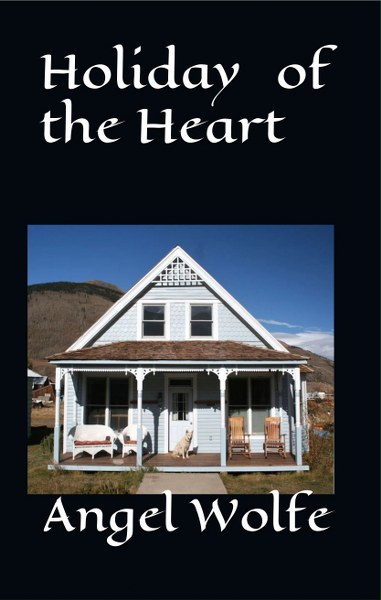 Holiday of the Heart
by Angel Wolfe
Genre: Contemporary Romance

Author Morgan Paige has had more than her share of ups and downs; but can a long-term affair turn into something more, or will the flame smolder only to be fanned by a new love?
After a horrendous Valentine’s Day nightmare, and a hot and steamy reunion, Morgan and Ricky part ways only to have Ricky show up several months later asking her to wait for him. The problem is, Morgan has already been waiting for years. How much is too much? Will their romance survive yet another separation or will someone new fill the aching hole in her heart?
Add to Goodreads
Amazon * Apple * B&N * Kobo * Books2Read 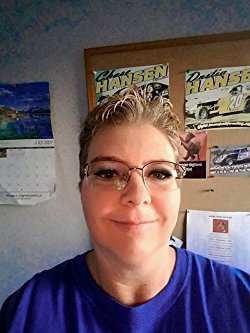 Angel Wolfe was born in Muscatine, Iowa and learned to read by the age of three. When she was five, she moved with her family to northwest New Mexico where by the time she reached the age of eleven, she began reading romance novels pilfered from her mother.
In high school, Angel often sat with the textbook open and a romance novel sitting inside it. After high school, she began writing stories in notebooks because she didn’t own a typewriter.
Later, Angel neared completion of her first novel, Damaged Hearts but she couldn’t bring herself to end it (until recently!) Since that time, she has written four short stories, a contemporary holiday novella, a historical romance novel, a contemporary novel, and is nearing completion on a paranormal romance novel.
When she’s not writing or curled up with a book or watching college football, Angel loves to go to local dirt tracks and watch racing. One of her greatest dreams is to find herself listed on the New York Times bestsellers list.
Angel still lives in New Mexico with her husband, her son, and her dog, a little Muppet with teeth, otherwise known as Rusty.
Website * Facebook * Twitter * Amazon * Goodreads