* Award-winning author CYNTHIA EDEN writes dark tales of paranormal romance and romantic suspense. She is a New York Times, USA Today, Digital Book World, and IndieReader bestseller.
* Cynthia is also a two-time finalist for the RITA® award (she was a finalist both in the romantic suspense category and in the paranormal romance category). Since she began writing full-time in 2005, Cynthia has written over thirty novels and novellas. Cynthia lives along the Alabama Gulf Coast. 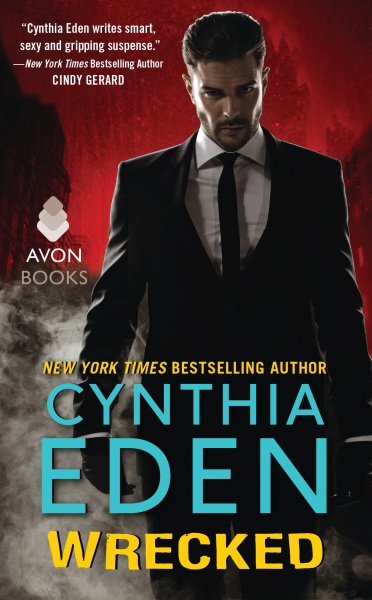 SHE LEFT HIM ONCE.
* LOST Agent Ana Young was only fourteen when she was abducted by a madman, but unlike many kidnapping victims, she did go home. Now, her mission is to find the missing. But her new case has her on the hunt for the escaped convict who’s obsessed with her. And Ana has an unlikely partner-the sexy, supposedly-by-the-book FBI Agent she had one amazing night with and had to forget.
* NOW HE HAS TO PROTECT HER 24/7…
* FBI Special Agent Cash Knox knows that Ana, the petite, tough-ass former bounty hunter, can get the job done again. But this time, someone else leads them to “Bernie-the-Butcher,” someone who’s been watching Ana. Waiting for her.
* FROM A CRAZED KILLER.
* Now, catching a deranged murderer means Ana must trust her guarded heart to the gorgeous, complicated G-man she wasn’t supposed to fall for.

* “There are just so many of them,” Ana said, glancing over at her desk and the files that were spread out there. “All those people . . . still missing. All those families . . . just hoping that their kids will come home. Husbands, looking for wives. Mothers, looking for their daughters. Friends, looking for—” She broke off, her lips pressing together. “I just want to help them.”
* And that was why she’d finally given in and joined LOST.
* The Last Option Search Team was Gabe’s baby. Years ago, his sister had vanished, and when the local authorities hadn’t been able to find her, Gabe had joined the search. Unfortunately, he’d found his sister too late. He’d buried her instead of returning her home, and after that terrible tragedy, Gabe had made it his mission to help other families. The agents who worked at LOST were truly the last option for so many. People turned to LOST when their hope was gone. When the FBI and the cops and everyone else said the case was dead . . . LOST kept looking.
* And the agents at LOST had been showing amazing results. Hell, within the last year, they’d even stopped two serial killers. They’d saved victims, not just found bodies. They were making a huge difference in the world.
* And I want to be part of that difference.
* So maybe she’d been burning the midnight oil as she reviewed case files. One in particular kept nagging at her. Cathy Wise. The girl had been just thirteen when she vanished.
* And I was fourteen when I was abducted. Only Ana had gotten to go home again.
* Cathy . . . hadn’t. Not yet.
* “I get personally involved,” Ana confessed. “I know I should probably hold back but . . .” But I can see myself in these cases. We have to help the victims.
* “No.” Gabe’s voice was soft. “We need to be involved, Ana. We need to care. It motivates us to get the job done.” He inclined his head toward the files. “But you can’t let the job consume you. As hard as we try, there will always be other cases out there. Others who go missing.”
* Her stomach twisted because she knew he was right. Every day, someone new vanished. Every day, a life was destroyed.
* “That’s why I’m in your office now,” Gabe added. A faint smile curved his lips and his eyes glinted. “Not just because I wanted to interrupt your nap time.”
* Trust me, with the dream I was having . . . I’m glad you did interrupt.
* “We have a new case.”
* Ana took a quick step toward him.
* But Gabe lifted a hand. “Before you get too excited, this case comes with some strings.”
* Strings? What was that supposed to mean? She was over her probationary period at LOST. She’d been handling cases on her own for weeks now.
* “You’ll have a partner on this one.”
* Well, yes, that was standard LOST procedure. Always have someone watching your ass. That was a Gabe Spencer directive that had come down on day one.
* “He’s . . . not with LOST.”
* Okay, now she was curious. “Then who is he with?”

Thank you for joining us here today, Cynthia Eden! It was a pleasure getting to know you and your story.

ANNOUNCEMENT! Cynthia Eden will be awarding a digital copy of Wrecked to a randomly drawn winner via rafflecopter during the tour! So be sure to leave a comment AND use this RAFFLECOPTER LINK to enter the drawing. Also, visit the other tour stops for a greater chance of winning!