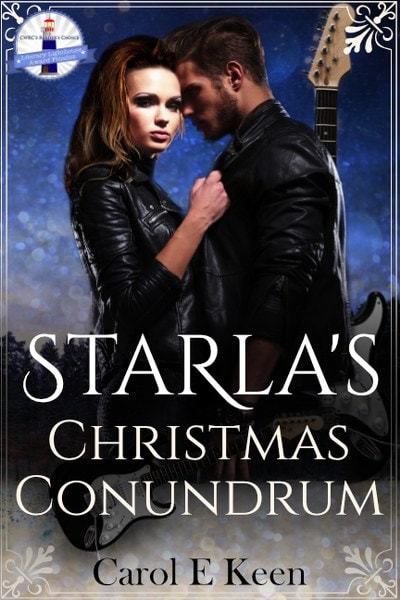 In the greatest conflict of her life, can she figure out who to trust?
Starla Devaroux is at the peak of her music career. Life as a popular Christian music artist is good. This Christmas she finds herself at the crossroads of several life-altering choices. It’s quite a conundrum; the path she takes this time will not only define her future but alter the lives of others as well.
“The main characters were very likable, I could really put myself in Starla’s shoes.”
“It was charming and romantic, and I want to marry Mason, lol.”
**Only .99 cents!!**
Goodreads * Amazon 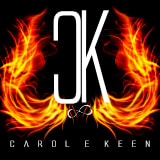 Carol E. Keen enjoys fresh coffee, hot tea, and a good book. She was published for several years in FAMA magazine (Freshwater And Marine Aquarium) as a contributing editor. She published her first book on CD, called Simply Seahorses.
She is the author of The Beauty Series and The Corandira Station, to name a few of her works. She currently resides in the South with her husband and family and spends her time writing, reading, working in photography, and being with her much loved critters.
Facebook * Twitter * Bookbub * Amazon * Goodreads

* D L Richardson writes speculative fiction, which encompasses science fiction, supernatural fiction, and fantasy. She lives in Australia with her husband and dob, and when she’s not writing, she can be found wandering in her yard waging war on weeds, watching back-to-back episodes on Netflix, playing her piano or guitar, curled up on the couch reading a book, or walking the dog.
* She is the author of the ‘Welcome to the Apocalypse’ series and ‘The Shivers Novellas’. She also conducts writing workshop and appears at Australian pop culture conventions as few times a year.

* It’s release day for Earth Quarantined, a new alien occupation fiction novel by the author of Welcome to the Apocalypse.
* If you like alien occupation fiction, then this book is for you. It’s like ‘The Expanse’ but played out on Earth. Aliens brought peace to Earth and promised us the technology for interstellar travel. 300 years later and they still haven’t given us this technology. They’re lying to us. What they don’t know is that we’re lying to them…
* The author is giving away to one lucky winner one $15 giftcard. Easy to enter. No purchase necessary. And you can choose between amazon, Kobo or Barnes & Noble giftcard. Read on to find out how you can enter. And, there’s a SPECIAL LAUNCH PRICE! Get the ebook for only $2.99. ENDS NOV 30. The book is also available in print.

~ Inspiration for the Book ~

* What I love about sci-fi is the way it looks at current policies and practices from around the world and asks “what would happen if a particular current policy or practice continues unchanged?” This thought process heavily influences my science fiction novels. Science fiction can be scary – it should be scary – because it often holds a mirror up to humanity. That, to me, makes great science fiction.
* In this case, there are two topics that are featured in Earth Quarantined.
* The first theme is population control.
* One of my favourite science fiction movies is Logan’s Run, which is a movie that looks at how a utopian society is possible because it terminated adults once they reached the age of 29. So population control isn’t new to sci-fi, but it’s making a comeback, I think, due to climate change and the plastic waste and other factors that are highlighting the impact humans have on this planet.
* The dwindling resources of this planet formed the foundation for the setting of Earth Quarantined book. The world is in ruins due to a Great War and aliens arrive to put in place measures to get humanity operational using what resources we have left. In order for that to happen, population has to be controlled so humanity can survive on what little resources we have. In this case, the world leaders adopted the ‘one child per couple policy’ that was in place in what is known in the book as Old China.
* What inspired me about this policy is that I have a twin brother and sister, and whenever I hear this phrase I always think “what happens to the twin?” I wanted to write a story that explored what happens if you took one twin and hid them away.
* The other theme in this book is refugees.
* With the current refugee crisis around the world, the inspiration for some of this book, particularly the ending, came from wondering what would happen if a hidden city decided that they wanted to join the rest of civilization. What impacts would a sudden growth in populace have on the cities in this book? Is it so easy to tell the indwellers as they’re called m to go back to where they came from? In this case the leaders now have to decide what to do with this influx of people, coupled with limited resources, but these people didn’t ask to be hidden away and cut off from their families.
* I see the news and there’s a sense of loss and disconnect with our fellow humans that I cannot understand. I only touch upon this issue in this book. I’m not even pretending that I have the answers, but compassion is certainly something that needs to be increased. So I made sure my characters have compassion.
* And of course, I love the entertainment value that sci-fi offers. Writing this book gave me a chance to make up a future world that readers can escape to. I hope readers can see these hints of world policy in Earth Quarantined, and I hope they enjoy the thrilling read.

* World peace came with rules. We’ve just broken them.
* In the year 2055, millions of humans were wiped out by a deadly virus known as EMB-II, a bioweapon strain of Ebola that could not be stopped. The need to get off the planet and into space was never stronger. Before the ships could be launched, First Contact was made. A dozen spaceships arrived, carrying twelve Criterion Advocates – peacekeepers of the universe – and thousands of Criterion soldiers, aides, workers, and engineers. To stop the virus getting into space, Earth was placed under quarantine and work begun to save the planet and humanity. Through tough control measures, world peace was achieved.
* The year is now 2355. The virus is gone. Humanity is eager to get into space. Yet the Earth is still under quarantine. The Criterion are lying to us. What they don’t know is that we’re lying to them.
* Kethryn Miller is an award-winning actress, but nothing will prepare her for the role she’ll take on when a strange woman who shouldn’t be alive turns up in the city, threatening to expose the lies that have kept peace on Earth for 200 years.

For an excerpt, visit one of the buy links below.

Thank you for joining us here today, D L Richardson! It was a pleasure getting to know you and your story.

ANNOUNCEMENT! D L Richardson is giving away to one lucky winner one $15 giftcard. Easy to enter. No purchase necessary. And you can choose between an Amazon, Kobo or Barnes & Noble gift card! So be sure to use this RAFFLECOPTER LINK to enter the drawing.

* Dana Ford has enjoyed writing stories since she can remember. She has penned several books and has found a new love in writing mystery fiction. Her favorite hobbies besides writing is watching old movies, volunteering in her community, and spending precious moments with her family.

Today Dana Ford will be talking about the first book she read that had a big impact on her.
* Great question! Oh, the Places You’ll Go! by Dr. Seuss. This book was given to me when I got a job promotion early in my career. After reading it, I literally felt excited an empowered for my new career adventure!

* In this mystery fiction novel, Georgia Richards lost hope of ever seeing her husband again since he disappeared over a year ago. On a Saturday afternoon, she thought she saw him at a play; on stage at the Oaksdale Playhouse. But, Georgia didn’t have the courage to find out if it was really him. Constance McCauley was empathetic to Georgia’s faint of heart and decided to offer her investigation services to find the true identity of this mysterious man. Would Constance be able to track down Georgia’s estranged husband? If he was found, why had he been missing for over a year? As Constance pursued this case with a combination of faith and persistence, she witnessed the power of forgiveness unfold before her eyes.

* It was beautiful inside. The space quaint, low lighting, enough ambience to make a lucrative business deal or extend a marriage proposal. Thanks to Troy making reservations, we were seated right away in a cozy booth for two. Sean placed a marketing folder on the table next to his place setting. “I’m looking forward to talking about what we can do for your company.” He said. His eyes were naturally a darker brown in this low lighting. I smiled, thankful for the distraction of the waiter.
* “Would you care for some wine?” The waiter asked pleasantly.
* “None for me, thank you.” I replied.
* “I’ll take a glass of your best red wine.” Sean responded.
* “Very good sir.”
* Sean jumped right in. “Did Alex talk to you about all of our services or did he just focus on one aspect of what we do, like print advertising?”
* “Well, I actually did not tell you the whole truth about Alex and I.”
* Sean perked up to listen.
* “I do own a private investigation firm, but I never met Alex through your company.” The waiter returned with Sean’s glass of wine and sparkling water for me. We both ordered their chef’s special pasta with a salad.
* “Oh.” Sean thought for a moment.
* “But, tell me. What services do you have?” I asked. I actually did want to know.
* Until dinner arrived, Sean presented all of the details that were included in the marketing folder that he had brought. He pitched ways to expose my business from print advertising, to social media strategies. “Are you interested in pursuing any of these marketing approaches?” He asked, knowing that he was one of the best salesmen on the Brown & Edwards sales team.
* Taking a look over all of the amazing food that was just placed on our table, I also considered the marketing services that Sean had presented. “Let me think about it.” I responded.
* “You had the same hesitation when we met the other day. What exactly are you thinking about?” He returned like a true salesman.

Thank you for joining us here today, Dana Ford! It was a pleasure getting to know you and your story.

ANNOUNCEMENT! Dana Ford will be awarding a $50 Amazon/BN GC to a randomly drawn winner via rafflecopter during the tour! So be sure to leave a comment AND use this RAFFLECOPTER LINK to enter the drawing. Also, visit the other tour stops for a greater chance of winning!