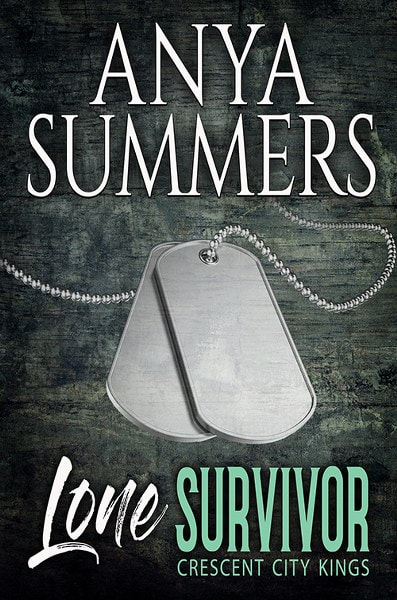 She needed a fresh start…
ICU Nurse Sadie Montgomery moved to New Orleans after her entire world fell apart. The idea was borne of desperation as she sank deeper into a depression so deep and dark, she had stopped feeling. But it wasn’t until she crossed paths with Ram that she finally felt a spark of life return. The only problem is, she doesn’t want to be dependent upon anyone. The pain of losing it all is still too fresh. Not to mention, in Ram’s world, the women submit themselves body and soul.
He wasn’t looking for love…
Former Army Ranger, Ramsey O’Malley, is not looking for a long-term commitment from a woman beyond a scene or two at Club Underworld. He doesn’t have the time nor the inclination to begin something he cannot finish, not as a single dad with a thriving psychology practice. Except, he is drawn to his newest patient. She’s forbidden, like the apple in the garden of Eden, and all he wants to do it take a bite.
But they could not deny their desire…
When Sadie makes a surprise appearance at Club Underworld looking to take a walk on the wild side, Ram knows he cannot let another man have her. He wants to be the one to introduce her to submission. But can he convince her to submit? And will just one night be enough?
**On Sale Now!!**
Add to Goodreads
Amazon * Apple * B&N * Kobo

* Born in St. Louis, Missouri, Anya grew up listening to Cardinals baseball and reading anything she could get her hands on. She remembers her mother saying if only she would read the right type of books instead binging her way through the romance aisles at the bookstore, she’d have been a doctor. While Anya never did get that doctorate, she graduated cum laude from the University of Missouri-St. Louis with an M.A. in History.
* Anya is a bestselling and award-winning author published in multiple fiction genres. She also writes urban fantasy and paranormal romance under the name Maggie Mae Gallagher. A total geek at her core, when she is not writing, she adores attending the latest comic con or spending time with her family. She currently lives in the Midwest with her two furry felines. 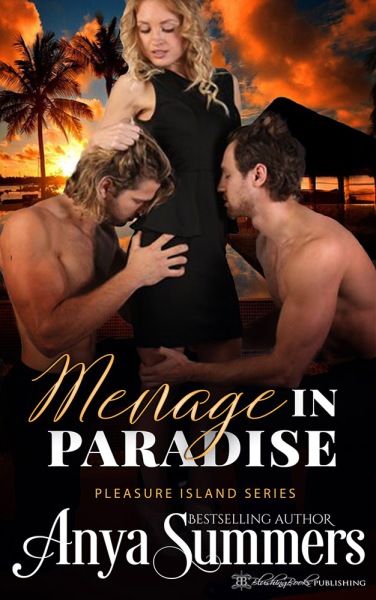 * Ian has wanted Olivia from the moment they first met. They shared a torrid one-night-stand in Scotland a year prior and never spoke of it again. Now they are business partners, and Ian has plans to woo Olivia back into his bed permanently.
* Eric Thomas is a drummer from the superstar rock band, The Harbingers. When he meets Olivia, he knows there’s something different about her. He wants her – and not just for the night.
* But when the two Doms cause a stir with their antics on Pleasure Island as they each attempt to win Olivia, they will be forced to contemplate another means of attaining their prize. Can they convince Olivia to experience the fantasy of a ménage with them? And will what happens on Pleasure Island stay that way?
* Publisher’s Note: While this steamy ménage is part of the bestselling Pleasure Island series, it can be read and enjoyed on its own.

* What the hell had he just witnessed?
* Ian’s stomach roiled as Olivia took his arm and helped him off the bloody ship. There was no way he could ride that hell beast back to Nassau when they were finished with their performance engagement.
* No effin’ way. It would bloody kill him. Or at least, he’d wish he was dead. Not only was the Dramamine he’d taken ineffective, but Ian believed it had added to his seasickness. Hell wasn’t cold or hot, but the seesaw rolling of the ocean and any ship that thought it could sail over its incessant waves.
* Damn.
* “What was that all about?” Ian asked, enjoying the feel of Olivia’s elegant hand as it gripped his arm. Concern creased her brow while she steered him off the boat. If he weren’t feeling so ill from the crossing, he’d erase her expression and replace it with something explicitly more carnal. Olivia had fussed over him below decks until he’d sent her away. He was a freaking Dom and rendered inert by the sea, completely bumbling his intentions to seduce Olivia back into his bed.
* “That was Eric, from The Harbingers. We met him at Declan and Zoey’s wedding in Scotland. Remember?” she murmured and shot him an innocuous glance.
* “In all honesty, not really. There were quite a few people there that weekend.” And when Ian thought of that wedding, recalled the events, there was only one image that came to mind: Olivia, naked and writhing beneath him in the wee hours after the wedding. They’d both had more to drink that night than had been wise.
* They’d ended up having drunken hot sex in his room. Mind-blowing, ‘he could barely remember his name and wanted to have it again and again’ sex. Olivia had been conspicuously absent from his bed the following morning, leaving his room sometime while he’d slept off their amazing sex and booze.
* It was a night Ian had been hard pressed to forget.
* In nearly a year since what he considered an event horizon, neither of them had discussed it, nor had the good sense to do it again. More’s the pity.

Thank you for joining us here today, Anya Summers! It was a pleasure getting to know you and your story.

ANNOUNCEMENT! Anya Summers will be awarding a $15 Amazon or B/N GC to a randomly drawn winner via rafflecopter during the tour! So be sure to leave a comment AND use this RAFFLECOPTER LINK to enter the drawing. Also, visit the other tour stops for a greater chance of winning!